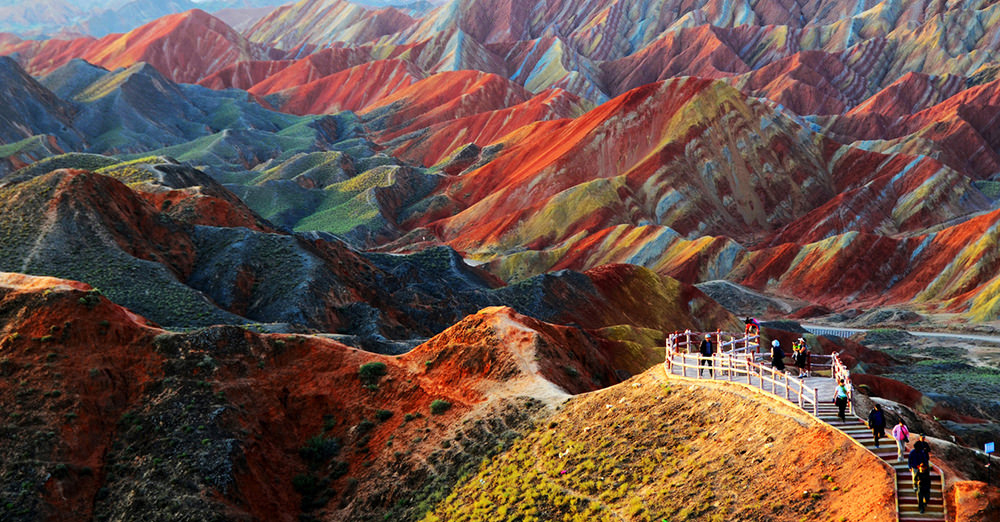 The topography of our planet is constantly changing. Some things are man-made and some things are natural, like earthquakes. But some parts of the world have remained intact for millions of years. Some parts of the world have not yet been scientifically proven by humans. Now I would like to introduce you to some of the most unique places in the world that you should visit before you die.

This unique mountain is the world famous “Avatar.” He has acted in movies. Mount Taizi was formed underwater about 380 million years ago, leaving only sandstone, limestone, and resilient rock after erosion. Mount Taizi is located at 4,000 feet above sea level.

Sentinels from the Arctic ice (Finland) Sentinels are giant trees covered with snow and ice. The area can reach -40 to -15 degrees Celsius in winter, so you need to wear it safely.

The 240-meter-long Reed Flute Cave is one of the most popular and attractive caves in China for over 1,200 years. Beautiful garlands, pillars, There are cave lakes. Today it is lit up with colorful lights. These glaciers occur only in winter and are only temporary. In summer, it melts and flows into the glacier. During the very cold season, the ice is hard and absorbs light from outside, giving it a beautiful blue glow inside the cave. This is not a painting. Namibia is one of the hottest deserts in the world and was once home to lush forests. Lake Baikal is the oldest freshwater lake in the world. In winter, the pool freezes, but the water is so clear that it can be seen up to 130 feet deep. In March, ice and sun cause cracks in the ice surface and greenish lumps on the surface. The island is known for its unique vegetation. Nowhere in the world does one-third of the island’s vegetation grow.

These colorful mountains are said to be formed by red sandstone and minerals over 24 million years ago. Then the wind and the rain carved the rocks into amazing shapes and made natural caves and caverns. Rivers; Valleys and waterfalls were formed. Pamukkale Natural Hot Springs is located in Turkey and dates back millions of years. At first glance, it looks like an ice pool, but it is made of limestone. This hot spring is a popular year-round place for swimmers in Turkey. This flowing river, which is home to a large number of animals and plants, is a daily source of yellow, green, and blue water. Green Blue Black and red can change. The rocks on this river are about 1.2 billion years old and are considered by tourists to be the most beautiful river in the world.